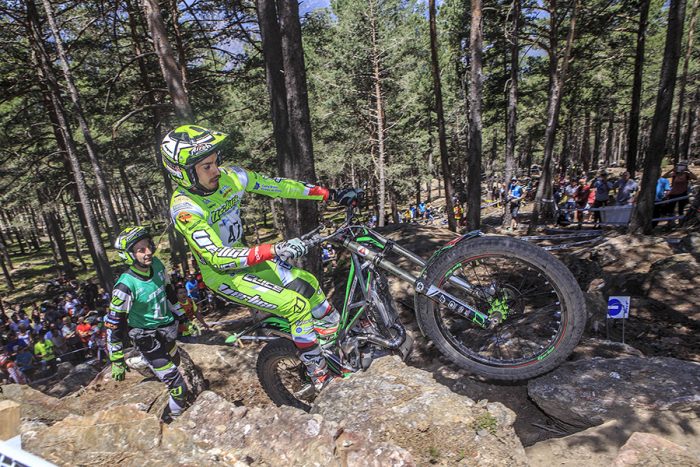 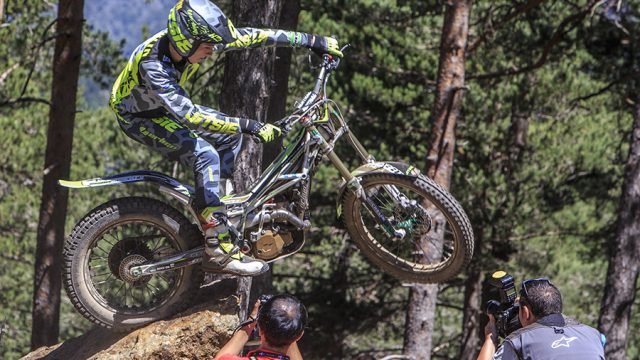 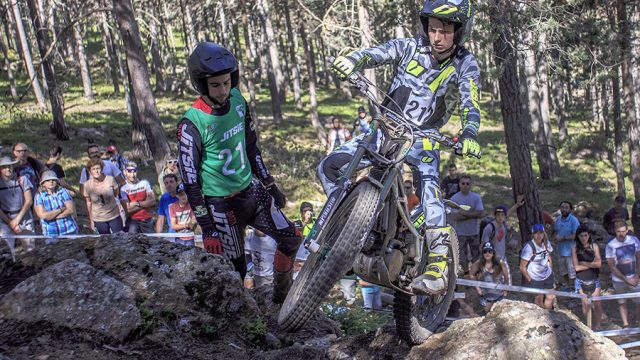 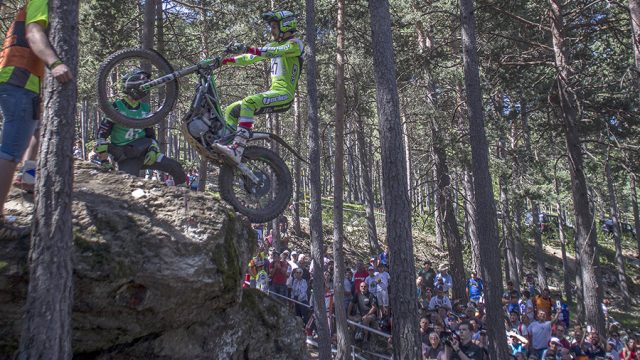 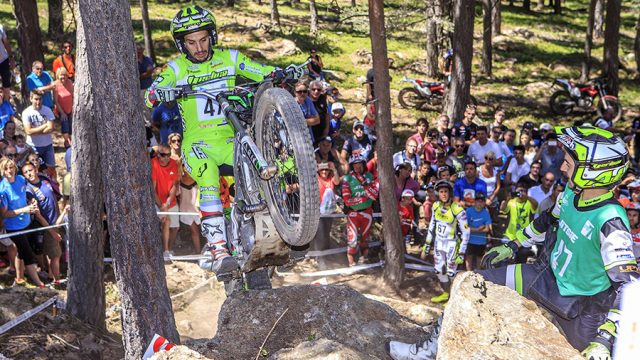 Third round of the TrialGP World Championship has taken place in Andorra. The hot weather, the tough sections and the high altitude have turned today’s race into a demanding and exigent one for all the riders.

In the TrialGP class, Jeroni Fajardo arrived with the third place of the Championship standings under his belt. After a solid beginning of the series scoring three consecutive fourth places, Fajardo was searching for more of the same here in Andorra at the helm of his Combat Fajardo Replica, and of course with the podium in his mind. Yesterday in the qualification section Fajardo took no risks, just trying to remain faultless in order to get a proper starting position. He got 7th place.

When in the race, once again composed by 15 sections, the morning begin quite well for our official rider, as he was able to go trough the first sections without dropping too many marks. Section number9 ended with Fajardo’s good deal, scoring his first 5 of the day. Previously his card only had registered 6 marks, so he was then carrying 11 points into the next hazards. He managed to clean the following ones until number 14 and 15 arrived, where our rider dropped two more fives to end this first lap with a total of 23 marks.  On the second lap things improved for Fajardo through the first sections, specially in number 9, now being able to get though it leaving just 3 marks. But it was now section 11, one he cleaned in the opening lap, the one that would add extra points to his card with a new five. Before this happened Fajardo’s second lap was being pretty consistent, as he only had left 1 single mark in sections number3, 6, 8 and 10, but his worst enemies still had to arrive. Sections 14 and 15 constituted again two hazards nearly impossible to overtake, ending his race with two new fives that would leave him with 22 marks, one less than in the opening lap to end with 45 marks, having to add 6 more because of a time penalization to close with 51 his race in Andorra in 6th place.

In the Trial2 class, our other factory rider Toby Martyn have closed with a 7th place Andorra’s TrialGP. Yesterday our young talent, who turned 17 few weeks ago, ended in 14th the qualification section, so today he had to start within the first group of riders.

On the opening lap Martyn left 13 marks though the Andorran sections. He penalized only in four out of the fifteen hazards, with two fives in sections number 9 and 15 and a single mark in sections 6 and 8.This punctuation allowed Martyn to get the fifth best score of the lap. On the second one the young Brit was able to improve even more his riding, ending with five points less than on the first lap. In this occasion he only touched Andorra’s soil in three sections, which were number 6, 7 and 8. He closed his performance in Andorra with 8 marks in this second lap, but it wasn’t enough to maintain the fifth place, having to settle with 7th position with 29 marks, eight of them earned due to another time penalization.

With no time to rest, our riders have just five days to prepare for the next round, with TrialGP France coming next week.Photo credit: Fotoesport.com