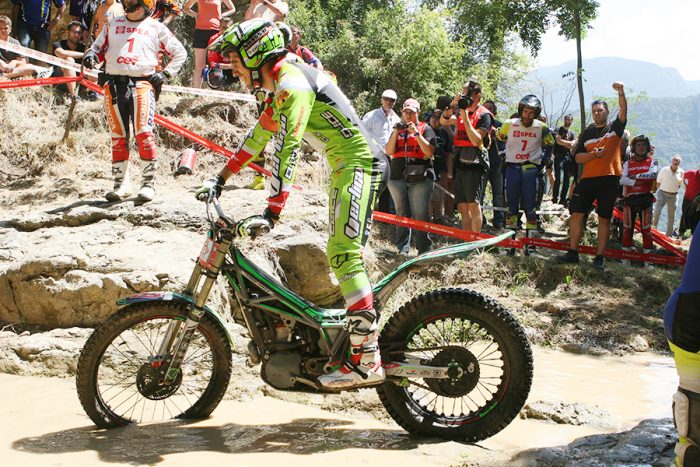 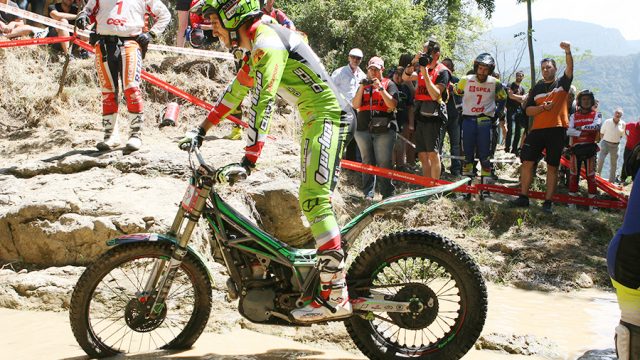 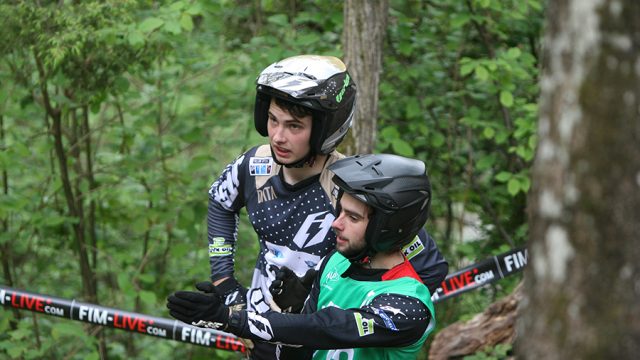 TrialGP USA was the last round of the calendar before the summer break and also the last one set on two days of competition, as Kingsman was the last round overseas of the season. Following what happened in Japan, qualification section took place on Friday with Jeroni Fajardo finishing in 10th place.The opening day was quite tricky for Fajardo, who had to fought against a disappointing lap 1, in which he left three maximums (sections 5, 8 and 10) that opened a big gap between him and the Top5 that was nearly impossible to recover, specially because of the low-scoring race this was being. At the halfway stage he was carrying 16 marks, starting lap 2 with the ambition to keep fighting and try to get the best score possible over the 15 sections. He managed to add only 7 more marks to his card, ending the day with 24 and finishing in 7th place. On a higher-scoring day 2 things went pretty different. Our rider could materialize a great ride to get on the box in third position for the first time this season. Contrary to day 1, his score of 20 marks on the opening lap brought him into 3rd place at the halfway stage. With an even better lap 2 total of just seven, Fajardo secured a well-deserved podium at the helm of his Fajardo Replica to close a solid day of racing at Kingman.In the provisional standings Fajardo is currently 5th, tied with Takahisa Fujinami (Montesa) and 8 points far from Jaime Busto (Montesa) who is third.

TRIAL2The weekend at Kingsman could not have begun better for Toby Martyn. The Brit took the victory for the first time this year at the qualification section aboard his Combat Ice Hell. He would carry this momentum throughout the weekend, riding at an impressive level.
Saturday saw Martyn booking his place as a victory contender after a great score of only 2 marks during lap 1. As it usually happens in Trial2, punctuations were pretty tight between the top riders, so a small mistake could leave anyone outside the top5. This is what eventually happened to Martyn, who dropped from second to sixth after a single five in section 10. This left Martyn with no podium options, finishing day 1 with 9 points, only three out of the third spot.
Day 2 had something better in store for the youngster as Martyn wrapped his second podium of the season after the one he got in the last TrialGP Great Britain. This was undoubtedly the reward for all the efforts made during a hard weekend of racing. At the halfway stage Martyn was second with 17 marks, and a total of only 8 marks on lap 2 would bring Martyn into the podium in a solid second position.
Martyn, who is getting better results as the Championship is going on is already 4th in the provisional standings, only 6 points away from the third spot.