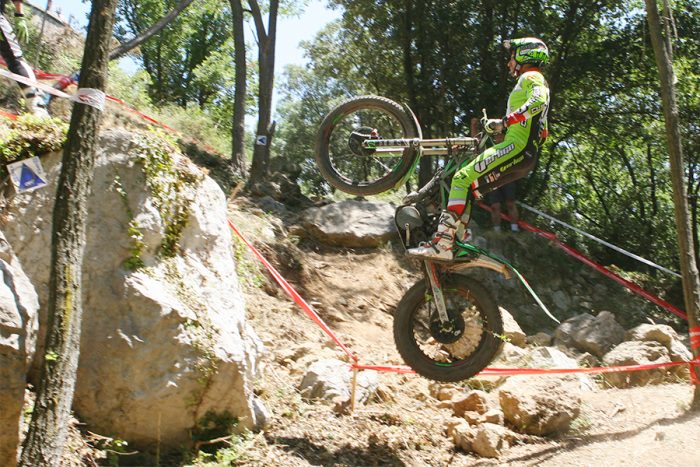 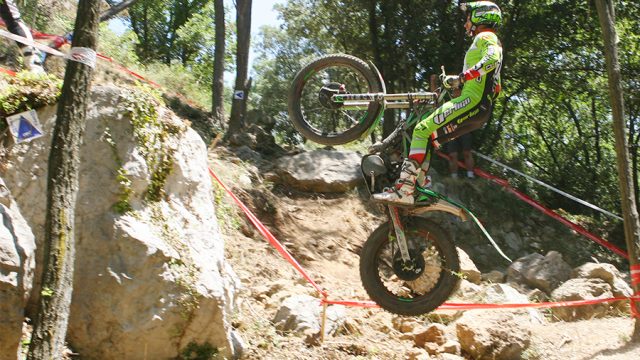 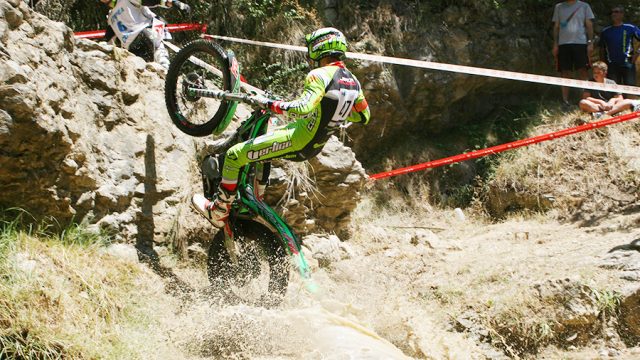 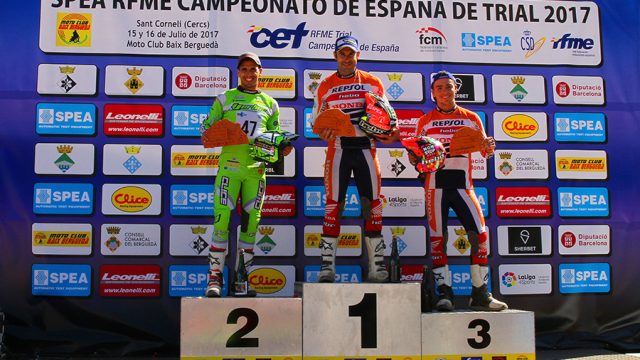 The 4th scoring test for the TR1 pilots the Cto. Trial Spain was played in the town of Sant Corneli (Barcelona), being the only test of the schedule scheduled to two days of competition. After climbing the podium in Arnedillo, Fajardo and the Vertigo team sought to give continuity to this good dynamic of results. On the first day  of the race  Fajardo  was in charge of  opening the 12 zones  that comprised the course, a fact that was not an impediment so that on board his Fajardo Replica, could fight from the first moment for the victory. His trial  was magnificent,  especially up to zone number 8, when he only  accumulated 1 point Of penalty and that allowed him to lead the trial for the moment. Then, a series of three demanding zones added several feet to their locker to add a total of 13 and 8 in each of the passes. Fajardo would finish the day  with 21 points , a performance that would be worth to get on the podium in an  exceptional 2nd place.

Sunday would be a little more complicated for our driver. In the first pass through the zones Fajardo would suffer to stay in the fight to reach the positions of honor, while immediately after, in the second pass, could improve substantially to score the second best score  of the return. With the 20 points of the first pass plus 12 of the second Fajardo would  finish 6th  with 35. Despite not being able to match the result of the first day, our driver leaves Sant Corneli with the  3rd place  of the provisional Championship, a great News bearing in mind that at the beginning of the contest it occupied the  7th position.The next scoring test for Cto. Trial Spain will be in Andorra in the middle of October.