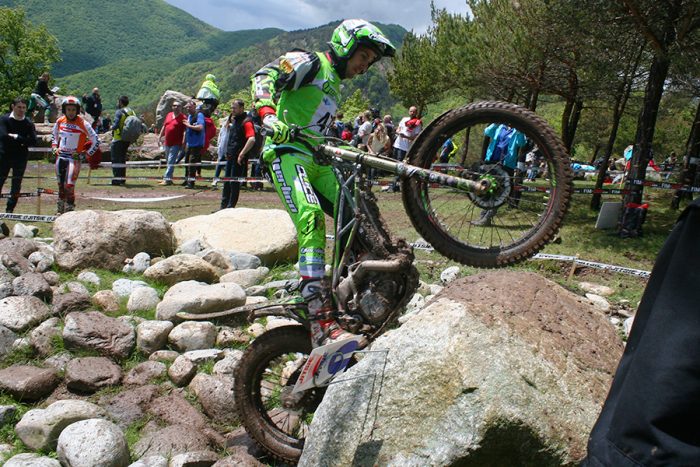 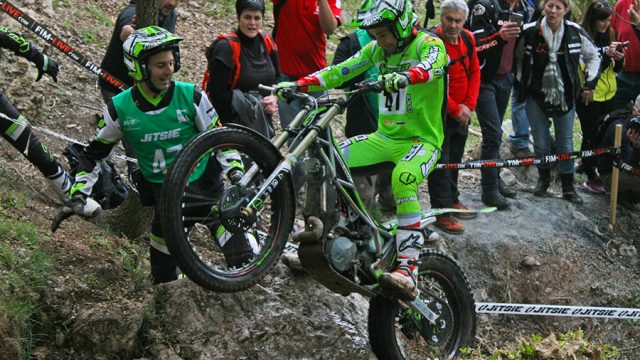 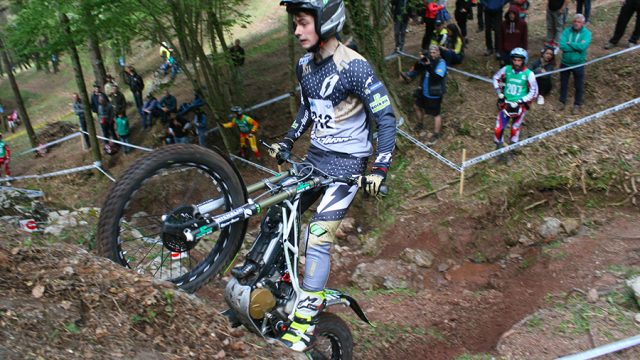 Twin Ring Motegi Circuit in Japan hosted this last weekend the 2nd round of the TrialGP World Championship. Competition was set in two days, with the qualifying section scheduled for Friday. Heavy rain left the sections in quite tricky conditions, specially on Friday and on day one of competition.

In the qualifying section Jeroni Fajardo took a conservative strategy, assuming that the muddy and slippery section could bring mistakes pretty easily. Our rider was the first one to work a new line, while considerably slower, it allowed him to score just one mark, proving that his strategy was the right one. Even though his time wasn’t one of the fastest, the fact that he only left a single mark gave him the 2nd position of the day.

On the opening day of competition Fajardo positioned himself as a podium contender by ending lap one with 32 marks, the same punctuation as Takahisa Fujinami (Montesa), with who would hold a great battle for the third spot until the end of the day. Finally, Fajardo had to settle with 4th place, only 1 mark away from the podium.

On day 2 the weather finally improved, so all the riders were able to improve their performances. On the first lap Fajardo ended with 25 marks, but in the second one he recorded the lowest lap of the Trial, to finally came back home with another 4th. It was an outstanding ride by our official rider, who was just7th by the end of lap one. This great performance brought Fajardo to the third place of the general standings, a great reward to a solid weekend of racing.